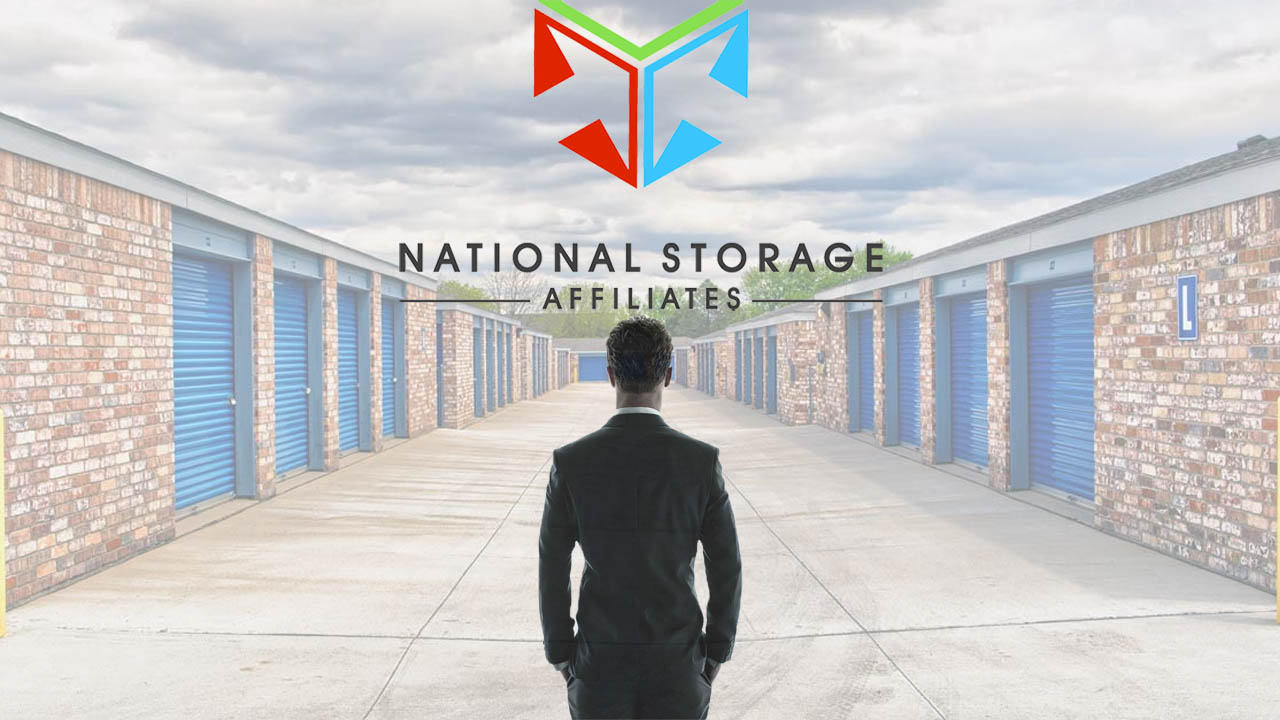 Becoming an NSA PRO: A Lifetime in the Making

With a growing portfolio of 698 self storage assets spread across 34 states and Puerto Rico, and approximately 44 million rentable square feet, National Storage Affiliates (NSA) is on the rise. As the fifth largest owner and operator of self storage facilities among public and private companies in the U.S., NSA is a self-administered, self-managed real estate investment trust, dedicated to the ownership, operation and acquisition of self storage facilities.

Through ongoing contributions from its Participating Regional Operators ("PROs"), third-party acquisitions and joint venture partnerships, NSA leverages the benefits of national scale by integrating multiple experienced regional self storage operators with local operational focus and expertise. NSA believes this vision aligns the interests of regional self storage operators with those of public shareholders by allowing the operators to participate alongside shareholders in the financial performance of NSA and their contributed portfolios.

The key is to capitalize on the local market expertise and knowledge of regional self storage operators by maintaining the continuity of their roles as property managers.

This is the very reason John H. Gilliland, president and founder of Moove In Self Storage, a York, Pennsylvania self storage operator, decided to join NSA as its next and most recent PRO.

In February 2019, NSA entered into definitive agreements with Moove In as its tenth PRO. Moove In currently owns and operates a total of 26 self storage properties under the Moove In Self Storage brand in Pennsylvania, Maryland, New Jersey, Connecticut and New York. Upon closing, Moove In contributed six properties to NSA as part of the initial contribution transaction, and Moove In's remaining 20 properties will be added to NSA's captive pipeline.

Becoming a PRO was a lifetime in the making for Gilliland as the journey to this decision dated back more than three decades ago.

Born and raised near State College, Pennsylvania, Gilliland grew up 18 miles from Penn State University on a dairy farm.

“I always thought I would become a dairy farmer,” says Gilliland. “In fact, I moved to California, attended California Polytechnic State University, and graduated with a degree in dairy science.”

During Gilliland’s junior year at Cal Poly, Congress passed the Tax Reform Act of 1986 which wreaked havoc on the financial side of farming and the registered Holstein business.

“The cow that once was worth $100,000 was now $20,000 overnight," explains Gilliland. "So in 1987, I traded in my barn clothes for a suit and tie and began selling commercial real estate and investment property for The Hanes Company.”

“I was brokering deals, mostly multi-family properties in Pennsylvania. I came across a self storage property that I was listing for sale in Hanover, looked at the numbers and went holy smokes, this is the best performing commercial real estate I have ever seen! It was right there I made the decision I was going to be an owner and broker of self storage.”

-John H. Gilliland, president and founder, Moove In Self Storage

Gilliland began working with Todd Amsdell of the Amsdell Companies - U Stor It, at that time - who was looking to acquire self storage in the northeast and Mid-Atlantic.

“Todd said, whatever you can find, we will buy. So I got to work."

A few years later, Gilliland received a call from Sperry, who was looking to start a self storage division on the east coast. At that point in time though, Gilliland didn’t have an interest in joining as he had just left working for Argus.

“I just wanted to do my thing,” explains Gilliland.

Realizing the need for a specialist in the growing self storage industry, Gilliland founded the brokerage firm of Investment Real Estate, LLC, on April 1, 1998. He then built his first facility, consisting of 54 units in a cornfield in Tyrone, Pennsylvania, right near his hometown.

“It worked perfectly,” says Gilliland. “The facility filled up, so I began to build more. And that’s where the development and brokerage side of my business took off.”

Currently licensed in 10 states in the northeast region of the U.S., since its inception, Investment Real Estate has brokered over 450 self storage transactions with a total sales volume of close to $1 billion.

In 2000, Gilliland established a third-party management company to manage his facilities as well as his client’s properties. Although not a large source of revenue, he says, it built the brokerage pipeline and solved a need for his clients.

In 2004, his development and construction business had taken off, so he hired a full-time general contractor to spearhead the company’s project pipeline and assisted clients through the design, permitting and construction of their self storage projects. Since its inception, this business has constructed more than 2.5 million square feet of self storage.

At the peak of his third-party management business in the mid-2000’s, the company grew to be the twelfth largest third-party self storage management company in the U.S., managing over fifty properties across eight states and employing 87 people.

In 2010, during the peak of The Great Recession, he sold his third-party management business to the company’s two key employees, Alyssa Quill and Jay Hoke, what is now Storage Asset Management (SAM). SAM is one of the largest, privately held third-party self storage management companies with 150 properties encompassing over 7 million square feet of self storage in the U.S.

Since the end of the recession, and the better part of the last decade, Gilliland has refocused his energy on ownership, operations and brokerage.

“Things (my priorities) changed after the recession," says Gilliland. "I decided it was time to build and buy again.”

Gilliland wanted to make sure he was poised and positioned to compete effectively in the ever-changing self storage landscape post-recession. The big guys were getting much more competitive with acquisitions and development and private equity was entering the sector for the first time.

Additionally, competing for customers, in terms of marketing (acquisition of customers), was getting more expensive.

“I think a lot about the future. I think about the widening gap between management of facilities, traditional mom and pops, and where I want to be. So a couple of years ago, I began speaking with friends who had become NSA PROs.” 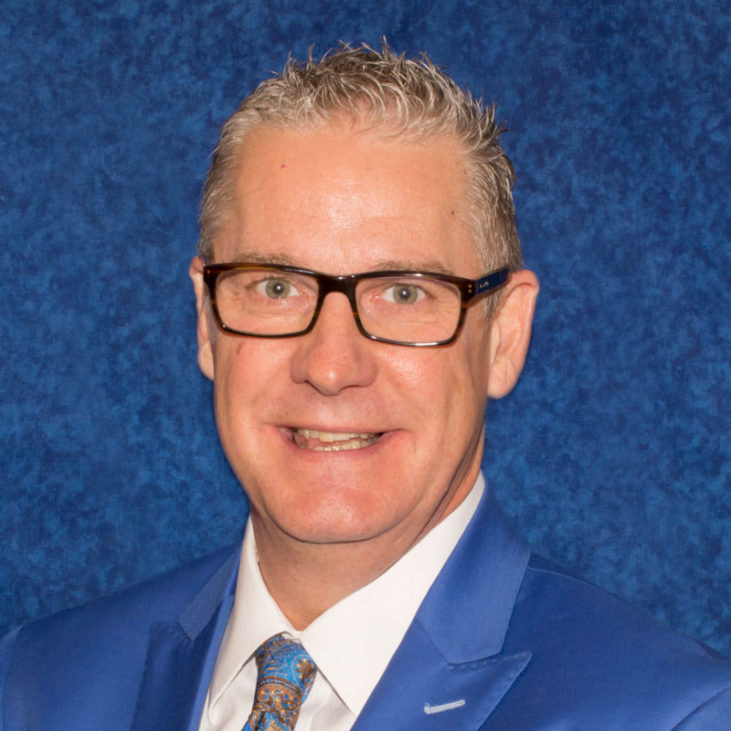 Gilliland heard great things about Arlen Nordhagen, co-founder of NSA. He explains that several of his friends had joined NSA and were very satisfied with the transition and ongoing business model.

The NSA model was completely different from traditional REIT models, yet, regional operators could still maintain their independence and benefit from nationwide scale, resulting in opportunities to reduce cost of capital as well as operating and marketing costs.

“A public company brings the next level of what I could do as a large regional operator, as well as mitigate many risks. It was also a very unique way to contribute assets on a tax-deferred basis while retaining operational control of my business.”

Gilliland was able to consolidate his portfolio, close out some partnerships, and retain whatever assets he wanted to place into the captive pipeline. His partners were rewarded through payouts, and that made him feel good about completing partnerships where some had dated back more than 20 years.

Gilliland explains that a typical mom and pop operator can be doing well with cash flow; the business has good margins. But NSA can take that 98% occupied facility and increase value by 40-60 percent, and sometimes 100 percent over 18-36 months just by putting in the systems they have such as:

Another reason for Gilliland affiliating was to gain access to capital.

“Their debt is unbelievable," says Gilliland. "In-place debt, mostly unsecured at sub four percent with large institutional lenders versus John’s local mortgage debt, which is more restrictive and more costly. NSA’s access to capital is a huge benefit for PROs.”

There are also no personal guarantees on the loans, which frees up a PROs balance sheet. Affiliates can gain access to capital where normally they would not be able to in an affordable manner.

With the addition of Moove In, NSA now has 10 different PROs, in addition to iStorage, NSA’s internal property management platform. Each PRO has a designated trade area, which allows the PROs to operate without competing with one another.

Each PRO is expected to grow its portfolio over a designated period of time. Gilliland says the quotas and expectations are reasonable and based on the trade area the PRO operates and varies by region (growth strategy).

“It’s very hard to grow on the west coast through acquisitions. The landscape is highly competitive and properties are expensive. It’s also more difficult to compete with private equity partners. Deals coming through the pipeline need to be approved. Texas and Florida provide a little more opportunity on the east coast with the exception of the top 10 MSA’s.”

NSA also allows PROs to expand into secondary markets, and that’s where Gilliland has seen a lot of potential. NSA can scoop up properties in those markets. Debt and capital from NSA allows them to compete.

NSA only wants properties that are REIT ready - fully occupied, revenue and expenses are normalized, a steady stream of cashflow, and no construction (lease-up).

Gilliland’s long-term goal is to continue growing and become a major player. He’d like to reach 50 properties that can be contributed to the REIT over the next two to three years. All operations, with the exception of his brokerage, is geared to do this.

Gilliland attended his first PRO meeting in Washington, D.C. this past month and was excited to surround himself with people who have built their success in a manner similar to him.

“I’m in a room with lots of intellectual capital and it’s very humbling,” says Gilliland. “The level of conversation was thrilling.”

Gilliland shares that becoming a PRO has also simplified his succession plan for him and his family. There’s peace of mind should anything change.

After spending an hour with Gilliland on the phone, it’s easy to understand he loves what he does. This isn’t a job for him. His father is 77 and still putting deals together. He says he sees himself working throughout his later years just as his father is.

“We’ve seen the peak of development now, people looking and saying, is this another cycle? I’ve lived through three recessions. Every nine to 11 years, we have a real estate cycle. We’re due for one. When is the next recession? End of 2019, beginning of 2020. There’s pressure on owners and private equity groups. Private equity will put pressure on partners to sell. In the next recession, I want to be the buyer. Not the developer trying to hold on to his properties. I’ll be providing the solution this time around.”