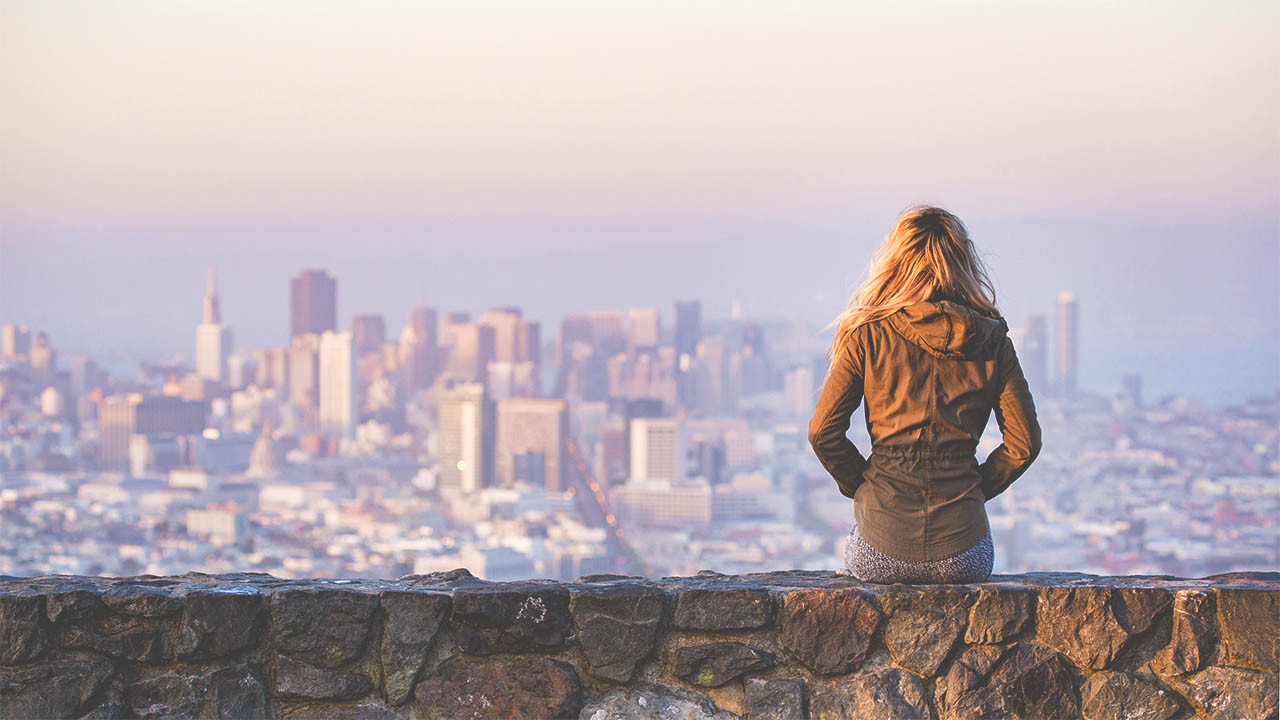 Loads of people are leaving the New York City area behind every single day. From the perspective of Radius+ who sit right in the bustling Grand Central scene, you can absolutely notice… Ok thats a lie, but the metric alone is still significant.

New York City leads all U.S. metro areas as the largest net loser with 277 people moving away every day -- more than double the exodus of 132 just one year ago. Los Angeles and Chicago were next with triple digit daily losses of 201 and 161 residents, respectively.

The common denominator between these cities mentioned is that they are all quite large, and what comes in, will generally eventually go out. Nevertheless, regardless of the reason, __anyone affiliated with the self storage industry will automatically perk up when stats pertaining to city growth get thrown around. __

It is important to note that these statistics are based on the 2018 Census data on migration flows to the 100 largest U.S. metropolitan areas, that was compiled by Bloomberg News. 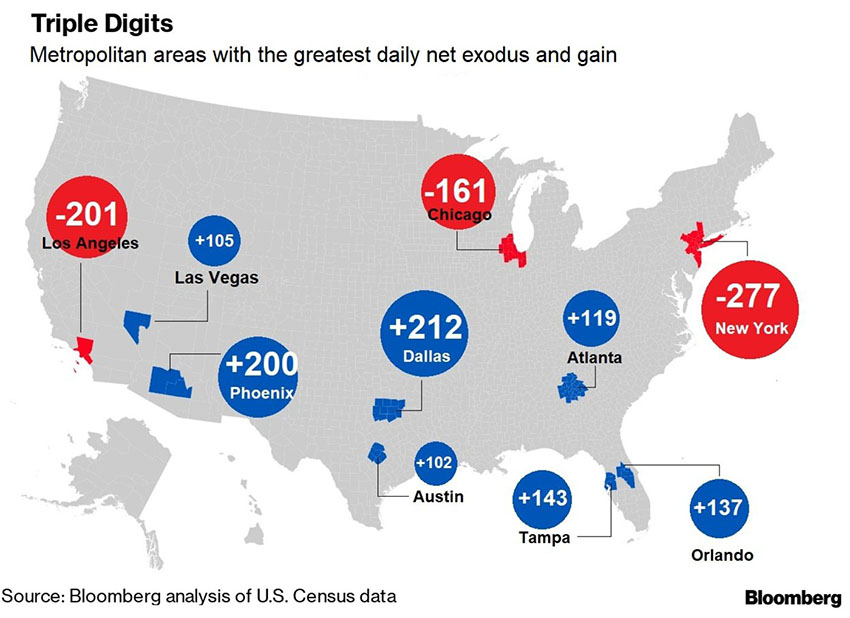 Meanwhile on the other end of the spectrum, seven cities had on average more than 100 new arrivals every day. Dallas, Phoenix, Tampa, Orlando, Atlanta, Las Vegas and Austin saw substantial inflows from both domestic and international migration. Sun Belt cities Houston and Miami claimed the 8th and 9th spots in the ranking. Seattle was the only cold-weather destination among the top 10.

The migration figures exclude the natural increase in population, which is the difference between the number of live births and the number of deaths. In 10 of the top 100 metros, deaths exceed births. Thus, without migration these cities would be shrinking. Half of the 10 are located in Florida. In 11 more cities, mostly in Utah and Texas, there are more than twice as many births as deaths. Provo, which ranks first in births and last in deaths, had a 5-1 ratio.

Bloomberg found that migration came from two channels -- international and domestic. The international portion is the difference between those moving from outside the U.S. and those leaving the country. Net domestic migration counts those who move in from another part of the country and subtracts those who leave for other U.S. areas.

While New York is experiencing the biggest net exodus, the blow is being softened by international migrant inflows. From July 2017 to July 2018, a net of close to 200,000 New Yorkers sought a new life outside the Big Apple while the area welcomed almost 100,000 net international migrants.

The second most attractive locale for international migrants was Miami with an addition of 93,000, followed by Los Angeles, Houston, Boston and the nation’s capital, Washington D.C.

Phoenix passed Dallas as the greatest beneficiary of domestic migration, adding more than 62,000 residents between July 1, 2017 to July 1, 2018. Dallas got an influx of 46,000, while Las Vegas, Tampa and Austin rounded out the top five metro areas.

Some areas are affected by high home prices and local taxes, which are pushing residents out and deterring potential movers from other parts of the country. About 200,000 residents left New York last year. Los Angeles had a decline of nearly 120,000 and Chicago fell by 84,000. Miami, Washington D.C., San Francisco and San Jose experienced similar trends.

Self storage facilities have already grown around these cities in hopes to capture those represented in this migration. Growing secondary markets often drive the demand for self storage space, especially when looking at cities that offer smaller national average living spaces, such as New York City.

Data on migration flows are essential for understanding localized growth of everything from employment, real estate and self storage trends, and retail development to government infrastructure and environmental shocks. Among the 100 most populous metro areas, 28 shrank in total net migration -- all due to negative domestic migration. Of the 72 areas posting a net gain, 18 lost residents to other parts of the country and could attribute their gains solely to international migration.

Transparently, the Bloomberg study does not mention net migration caused by college freshmen entering a city or graduates leaving one. It has been stated historically that self storage has underpenetrated the collegiate market that often has a demand for storage space, and would be interesting to understand how these numbers are comprised into the figures mentioned above.