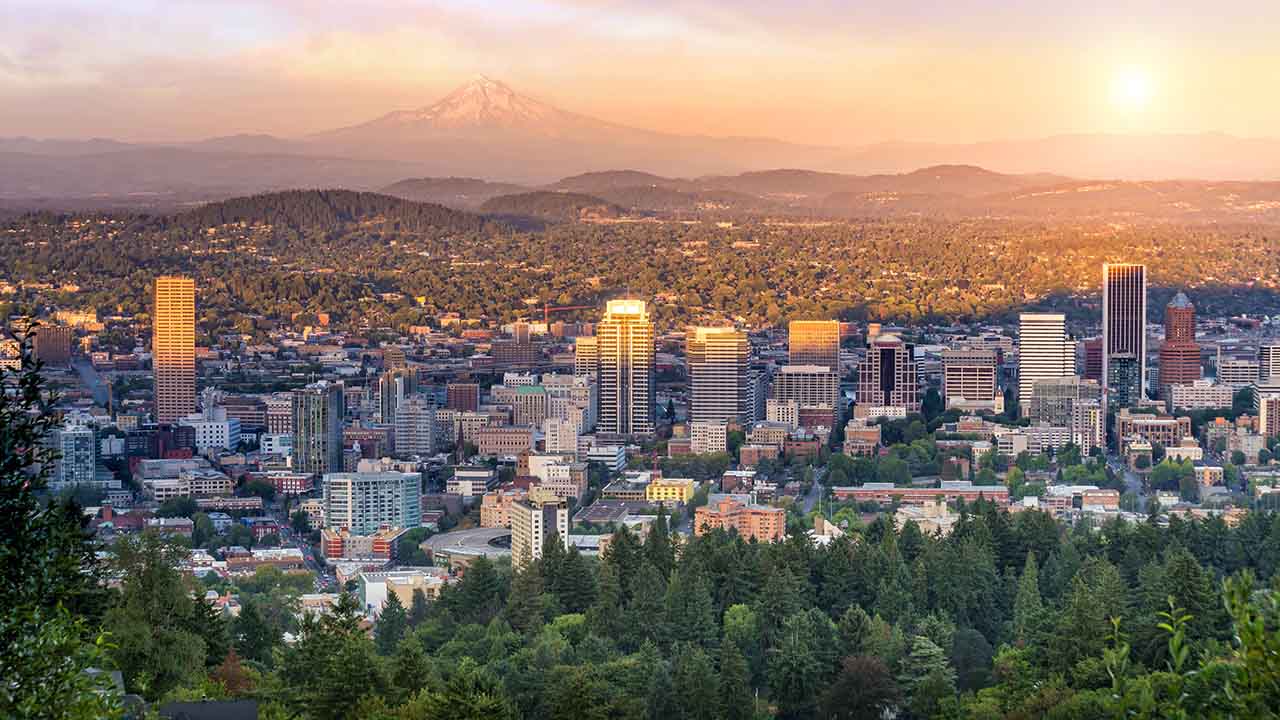 Carrie Bradshaw was reluctant to give up her Manhattan, rent-controlled apartment on all six seasons of Sex and the City, constantly declaring it’s the only way she could afford her addiction to Manolo Blahnik shoes (just click on the hyperlink, you’ll get my parallel). The HBO series ran from 1998 until 2004 – my graduation year. I’ll admit, the term rent control never stuck with me as I watched the series over and over again, clearly appreciating its humor and grandiose open dialogue.

However, the term had impact on me today as an article was “Slack’d” to me by our company’s Principal, Cory. “Look into this,” he said. The title read, “Oregon to Become First State to Impose Statewide Rent Control.”

As a professional conversationalist, I often encounter people (renters) in Manhattan who say affording anything (residence) without a roommate in The Big Apple is commendable. Being able to afford a suitably-sized (500+ square feet, to be specific) apartment, all while still relishing in all the city has to offer is a challenge. This is after groceries, commuter expenses, drinks with co-workers, and soda tax.

While New York City used to be considered an anomaly, urbanization is now a challenge in many growing markets throughout the United States – Houston; Portland, Oregon; Denver; Nashville – to name a few. And there are certainly pros and cons to urbanization, gentrification, and everything in between.

The idea I'd like to presence here is mandate

According to The New York Times article, lawmakers in the State of Oregon passed the first of its kind law (SB 608) in our country to be the first state to impose statewide limits on how much landords can raise rents.

It’s not a foreign concept. Renters like Carrie Bradshaw and many other Manhattanites love it. But then there are those who are truly in a crisis and say they desperately need it.

On February 25, 2019, The New York Times published a different article exposing Portland resident, Andy Mangels. Mangels is leaving an apartment he’s lived in for over three decades because his landlord is more than doubling his rent. The rental housing market in Portland is booming. Since 2011, median rents have risen 30 percent. Mangels rent: 113 percent.

Mangels isn’t alone, either. Renters in Salem, Oregon showed up to testify that protections are badly needed to protect working families. There are people, just like Mangels, who have had their rent increased five times in the last 18 months.

SB 608 limits rent increases to 7 percent annually plus the change in the Consumer Price Index, a measure of inflation. The law will exempt some smaller and newer apartment buildings.

Responses to the legislation

Jim Lewis, senior director, Capital Markets Group, Cushman & Wakefield, stated that there was not a lot of pushback with the real estate community. “Either people are exhausted with this fight or feel it’s a losing battle.”

Lewis stated that the legislation is workable, but not great, and would mostly affect the multifamily sector, at least in the short-term.

On February 26, 2019, a statement was released by Doug Bibby, president of the National Multifamily Housing Council (NMHC), a Washington, D.C.-based association representing the apartment industry.

"There is no doubt that housing affordability is a crisis in Oregon. However, SB 608 will worsen the imbalance between housing supply and demand by allowing for rent control across the state. While the intent of rent control laws is to assist lower-income populations, history has shown that rent control exacerbates shortages, makes it harder for apartment owners to make upgrades and disproportionally benefits higher-income households.”

Bibby went on to say this is why Oregon and a majority of other states have laws in place that “explicitly prohibit local municipalities from implementing rent control laws.” NMHC feels strongly that reversing course is counterproductive and will not solve the crisis.

"Oregon lawmakers should focus on holistic solutions that encourage more housing supply, facilitate public-private partnerships to tackle many of the existing barriers, and increase direct assistance to renters."

The National Apartment Association released a similar statement supporting NMHC’s stance on the Democrat-controlled House of Representatives 35 to 25 vote. SB 608 had already been approved by the State Senate, and Governor Kate Brown, plans to sign the bill.

Lewis said that developers who are looking for value-add deals are probably going to be the ones mostly affected where they’re looking in gentrified areas. Tertiary cities like Beaverton, Oregon – home to Nike World Headquarters, Intel, Comcast and Tektronix – could also feel the impact where developers are looking to redevelop older properties to provide modern amenities and conveniences to accommodate workforce renters.

While the law does call for provisions to move a tenant out if a developer is looking to do major renovations, it will still add additional hurdles to the process.

Portland is rapidly growing – over 500 people a week move into the Portland Metro Area. Habitants are coming from places like San Francisco, CA or Seattle, WA, where the cost of living is significantly higher. “Their quality of life is much better in Portland,” said Lewis. “If it costs $1 million for a single-family home in California, that same home is probably half the cost in Portland.”

Portland's office rental market is 35% of San Francisco's. Technology companies are rapidly expanding into less-expensive cities such as Portland or Denver, so naturally, there is an influx of people.

Implications on self storage

Lewis feels that there are no direct implications on the self storage sector, at least for the foreseeable future. “SB 608 benefits the renter, and renters need storage.”

It will be interesting to see how this plays out. According to Bibby, he already knows how it will.

"Dynasties rise and fall according to what the Chinese used to call 'the Mandate of Heaven', but life for the peasant changes little."

The end of democracy and the defeat of the American Revolution will occur when government falls into the hands of lending institutions and moneyed incorporations."