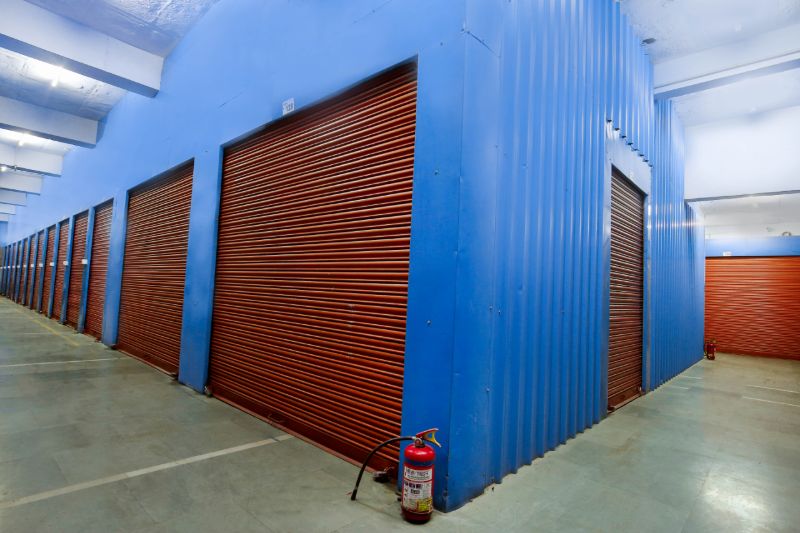 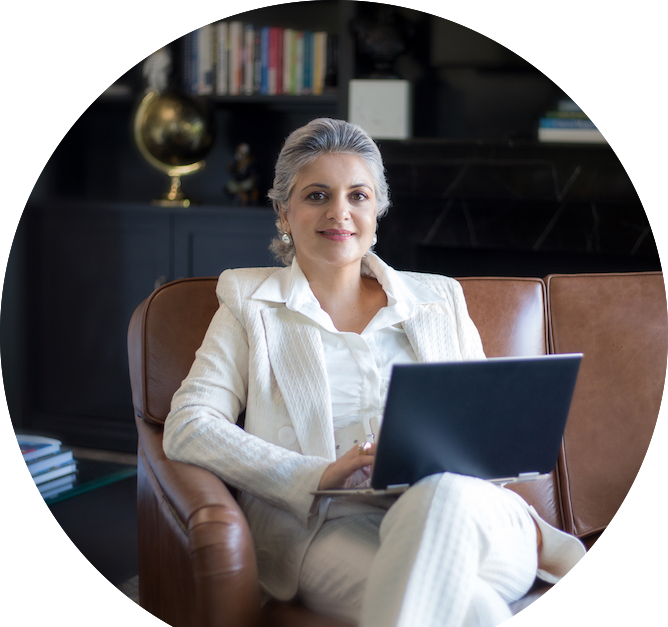 The self storage market in India:

What is the current self-storage market in India like?

In our view, self-storage is at a very nascent stage in India, and market awareness of such services is relatively low. Historically, due to socio-cultural factors, there has been a mental block against paying for storage or even understanding the detrimental effects of clutter on one’s lifestyle.

We were the first movers in this space nearly a decade years ago, and even today, most of our target market is not familiar with the concept and its vast benefits – we often hear our customers say “Wow! If I had known about this I would have used it earlier.”

The situation has changed dramatically in recent years, and the Covid era was a catalyzer for this change. Beyond Covid, the country is experiencing a massive increase in prosperity and disposable income. Concurrently, there has been an explosion of consumer goods availability, and eCommerce has become a part of everyday life. Due to urbanization, density increases steadily, reducing living spaces and pushing people to seek storage options for their lesser-used belongings. In our view, the macro and micro factors are trending strongly in support of the self-storage industry.

The validation of our thesis is evident in the arrival of several other companies offering services in the self-storage segment. Almost all of these players have opted not to enter the personal room storage arena and instead offer on-demand storage/storage as a service. Their typical offering is a hybrid of moving and packing and remote box storage. Generally, these companies are subsidiaries of moving and packing / logistics companies seeking to use a self-storage offering to optimize their warehouse utilization and tap their customers’ storage needs. We believe there is a need for both types of services. However, we have chosen to be a core-focused pure-play self-storage provider, and to our knowledge, we are one of the only players focused on offering private rooms.

On-demand storage or storage as service players typically offer their customers space within their existing logistics warehouses or facilities whose primary use is for another purpose. In these cases, customers’ belongings sit on a palette on an open warehouse floor, sometimes entirely loose or perhaps secured by cardboard or plastic film packaging. Customers rarely know the warehouses’ actual location, and their websites rarely show photos of existing facilities. These players focus on the convenience of belongings being picked and returned by movers and packers or logistics companies and stored at locations that may not be walk-in accessible to customers.

The market can confuse customers, as some “part-time” providers display only stock photos on their websites rather than actual facility images.

Finally, in developed economies, Self-Storage is considered one of the most risks mitigated and favored asset classes by institutional investors, often invested in by pension plans and insurance companies, preferred for its resilience to recessions and the steady stream of income. In the last decade, Self Storage became part of popular culture thanks to prime-time reality shows such as Storage Wars and Auction Hunters. In India, we are literally on day one of the journey. The vast majority of 1.4 billion people are unaware of the industry, and routes for non-industry players to invest in self-storage are not available.

How do you envisage the self-storage market in India to be like in 5-10 years?

At the current pace of growth, by 2030, India will become the world’s third-largest economy with a GDP of $9 trillion, trailing closely behind the US and China. At 1.5 billion people, its population would be equivalent to China’s. India, the world’s largest democracy, will have the world’s largest population of young people, 0.6 billion people aged under 25. The country would have millions of millionaires and dozens of billionaires by this time. India's urban population is set to explode; the extent of that potential explosion can be contemplated when considering that today 82% of the US population resides in urban areas, compared to India’s 35%. Urbanization will come with disruption to people’s regular lives, a usual trigger for self-storage. A move from low-rise to high-rise living accommodates the density increase; while this shift may increase the quality of living spaces, it comes at a price, reduced per capita living area. The WFH culture exacerbates the situation from anywhere culture and the need for home offices and workspaces, further squeezing living spaces. While it’s not a positive statistic, the divorce rate in India has been skyrocketing; this too is a usual driver for self-storage needs.

With growing prosperity, increasing purchasing power, and consumerism on steroids, young people’s desires to acquire more material items are bound to increase dramatically, creating conducive conditions for a burgeoning self-storage market. Combining the latter with our love of holding on to our belongings and our obsession with stocking them becomes an explosive catalyst for the self-storage industry. Our long-term love for our things is the stuff of lore, to the extent that “storerooms” to park our unused items at home have been part of households for decades. A survey from half a decade ago showed that Indian families were already storing over $12 billion worth of goods at home, a number that was increasing exponentially over previous years; it’s hard to estimate where the explosion of eCommerce and conspicuous consumption has already catapulted that number, let alone the level to which it would elevate in 10 years.

Over the last ten years, the fabric of Indian society has been reshaped by the infusion of technology. Today, hundreds of millions of Indians can't imagine going a day without ordering an Uber, buying a cornucopia of items from Amazon, or using food delivery apps. Just ten years ago, these apps were nonexistent in India. The rate of adoption for these new services has been staggering. People in India finally have the money, awareness, and access to a wide variety of products. Much like the boomers in America, India is witnessing the dawn of a generation of hoarders - we have more stuff today than ever before. Importantly, COVID has been a massive driver, changing how people worldwide live and work. The concept of work from anywhere has become a reality, reshaping space needs.

The Indian self-storage industry faces its share of challenges, with the lack of public awareness being our biggest hurdle. The absence of easy financing is also a deterrent for new entrants, while high real estate costs and high rent in prime locations impede at-scale projects. There’s also a lack of well-located land for new build projects. Operationally, a lack of trained staff contributes to slow industry growth.

In the coming years, we believe that the Indian self-storage industry will follow in the tracks of the US industry and become part of the Indian socio-cultural fabric. In super-dense cities of the future, home to millions of newly affluent people, self- storage would become a relatively inexpensive convenience that would enhance lifestyles. We feel that on-demand storage, storage as a service, and traditional self- storage will co-exist in the future marketplace. Of these, we believe that the rooms- based self-storage business presents the most attractive opportunity due to the underlying dynamics of the commercial real estate market, which is also set to explode due to all the reasons explained above.

In summary, fundamental shifts are taking place in our lifestyles, and we believe that the stars are aligned for explosive growth in the Indian self-storage industry. Over the next ten years, we see our business expanding to over 100 facilities in 40 key cities. Most importantly, we plan to IPO in the next 18 months and make the self-storage asset class available to Indian and international investors in public markets.

Do you see self-storage in India matching the highs of the U.S?

While what happens in the future is anyone’s guess, the past is usually a fair indicator of what may happen. In just 20 years, Indian mobile users have crossed 600 million, almost 50% of the population, and it’s projected that by 2030 the number of mobile users will surpass 1 billion - it took the US decades longer to reach that level of market penetration. In just ten years, the number of malls in India has shot up to ~ 300 from a fraction of that number. Comparing that with the current number of nearly 120,000 malls in the US, the stark comparison and how much ground India has to cover comes into view. Per capita income is increasing dramatically, and many people are buying the first fridge, television, and care in their family’s entire generational history. The pace of affluence increase has been such that in just 20 years, India ranks #3 in terms of billionaire population, and new billionaires are being unveiled each week as companies expand at dizzying speeds. Beyond consumption, we see all this wealth at various levels of society being channeled into lifestyle upgrades and home improvements, setting off a cascading effect of moving upward to better accommodations, continued home improvements, and a constant push to acquire better furniture and possessions. Indians are still committed to having kids, and the country has one of the highest fertility rates in the world.

On the other hand, the US population growth is slowing, and as the population ages, it consumes less, owns less stuff, and needs less space. We hear about downsizing, empty nest syndrome, and younger people opting not to have kids. Additionally, after three decades of voracious consumption, the US has entered an era where millennials and gen-z segments of the population have become conscious about the downsides of owning things, even foregoing the typical American dream of owning a home instead of possessing, focusing on gaining experiences.

We see a future where the rate of Indian self-storage growth over decades will mirror what we witnessed in the US in the 2010 - 2020 era. Over the next few decades, we believe India’s needs for self-storage will surpass those currently existing in the US, propelled by the sheer population size and economic growth. It will take many tens of decades before the newly wealthy Indians think about minimalism and simple living and don’t feel the need to have children; until then, we see a bullish market for self- storage. On a closing note, consider this, our average room rental prices for small units hover around $65 per month as compared to the US average of $90 per month – a thought-provoking fact, when one factors in that the annual per capita income in India is $2,200 as compared to the US’s $65,000.

Which data sets are the most valuable for your decision-making at this stage in the Self-Storage industry?

Many of the same datasets as the US are applicable in the Indian setting, with one key difference. Unlike the US, at the current time, the business case for new build, dedicated self-storage facilities has not outweighed the merits of repurposing and retrofitting existing buildings. We are often forced to create our datasets due to the lack of available data.

For the supply side, we look at standard statistics like per square foot rent, occupancy rates, types of facilities available, etc., within the areas pointed to by our heat maps.

Finally, we don’t have reliable data for consumer demand, so we seek proxy data to estimate demand. The latter process has been a bit of a hit and a miss. On some occasions where we had lukewarm indicators, our facility shot up to 85% occupancy in 4 months. It stayed at that occupancy level for multiple years. At the same time, in another instance, we felt we had found the perfect location that met all criteria; it took almost 18 months for our facility to reach 75% occupancy. This highlights the challenges of using proxy data and the need for better consumer demand data.

Find out more about Self Storage India here