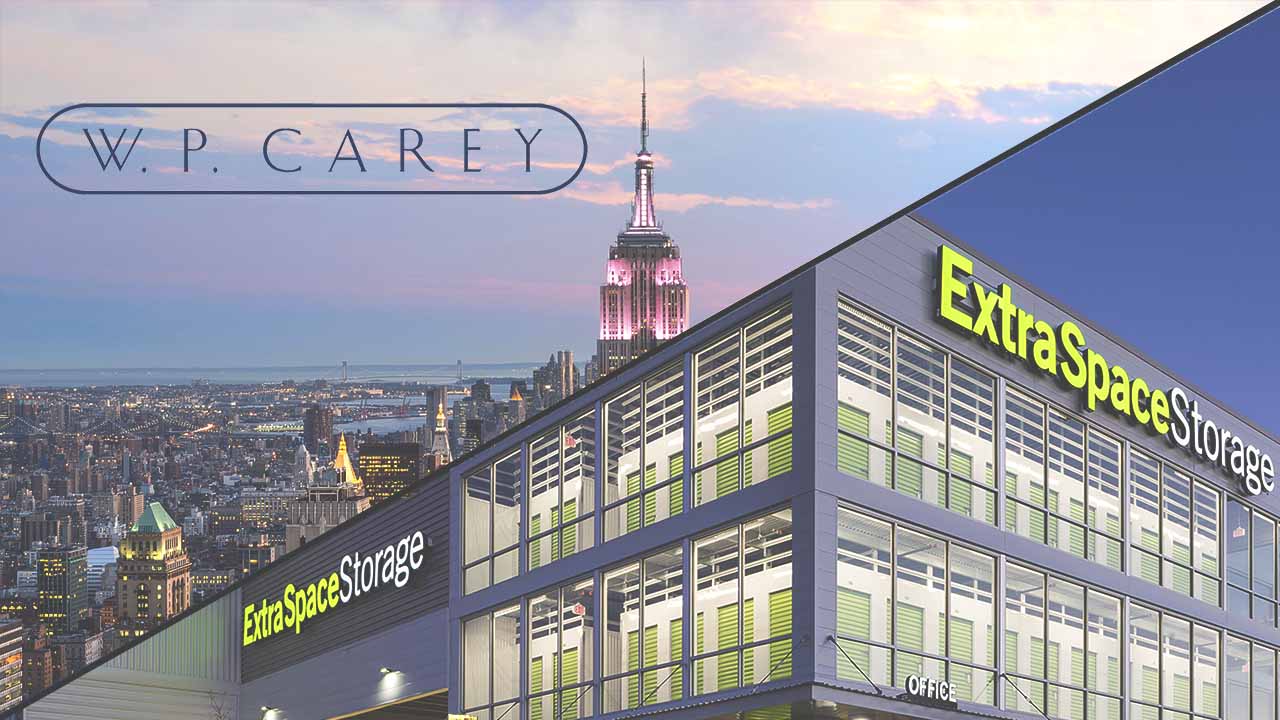 W.P. Carey and Extra Space Storage have entered into a 25-year triple net lease agreement for 36 self storage properties around the U.S. owned by the New York-based net lease REIT. Extra Space Storage had already managed 31 of the assets and will be adding five, all located in the boroughs of New York City, to its management portfolio.

The leases include termination rights for both companies on the 10- and 20-year anniversaries, based on certain performance metrics. Beginning on the third anniversary, W.P. Carey also has the right to end the leases in the event of a sale, with Extra Space Storage having the first chance to acquire the properties. The assets are primarily located in New York, California, Hawaii and the Southeast. Most of the self storage properties were acquired by W.P. Carey in late October when it merged with CPA:17, one of its managed funds, in a $6 billion deal. The 36 assets in the Extra Space Storage transaction represent approximately 90 percent of W.P. Carey’s total operating self storage net operating income.

W.P. Carey CEO Jason Fox called the triple net lease deal a win-win for both companies, noting it will align well with the REIT’s strategy of diversification, best-in-class organic growth and minimal exposure to capital expenditures.

The REIT expects the deal will place Extra Space Storage among its top 10 tenants. A spokesperson told Commercial Property Executive the ranking on the tenants’ list would not be available until the end of the second quarter. Currently U-Haul International Inc. has the first spot on the list with 78 net lease self storage facilities in the U.S.

W.P. Carey ranks among the largest net lease REITs with an enterprise value of approximately $19 billion and a portfolio of single-tenant industrial, warehouse, office and retail properties primarily in the U.S., and Northern and Western Europe.

When the Oct. 31 merger with CPA:17 was completed, Fox said it transformed W.P. Carey into a pure-play net lease REIT, giving it a high-quality diversified portfolio with a favorable cap rate. The REIT currently has a portfolio of 1,168 net lease properties covering approximately 134 million square feet.

Joe Margolis, Extra Space Storage CEO, said the net lease deal with W.P. Carey would deepen and expand the existing relationship between the two companies. Extra Space Storage, a REIT headquartered in Salt Lake City, owned and/or operated 1,696 self storage stores in 40 states, Washington, D.C., and Puerto Rico as of March 31. The company’s stores comprise approximately 1.2 million units and about 130 million square feet of rentable space. It is the second-largest owner and/or operator of self storage stores in the U.S. and the largest self storage management company in the U.S.