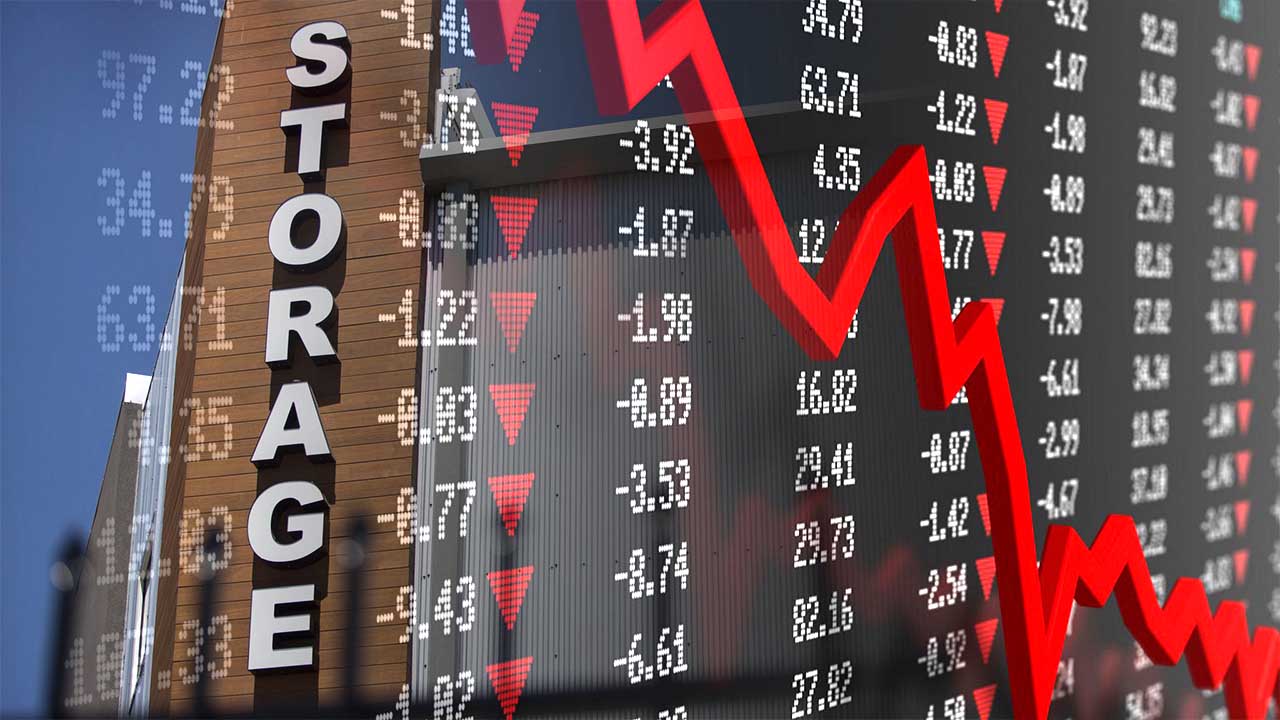 What Does the Next Economic Downturn Look Like for Self Storage?

I recently read an article in Fortune about when the next recession is coming, and the five indicators to look for. In fact, I’ve been reading many articles and have spoken with many self storage operators, developers and financiers about this same topic. The Fortune article shares that while almost all economists surveyed by Bloomberg expect growth to stay positive in 2019 — which would crown the current expansion the longest on record, at more than 10 years — the risk of a recession is seen at a six-year high.

In fact, more than three-quarters of corporate chief financial officers expect a recession by the end of 2020.

Indicators suggest 2019 will be a healthy year for self storage. However, as the Fortune article indicates, every 10 years or so, we typically have some kind of market correction. While companies and business leaders need to prepare for them, economic downturns also bring opportunities in addition to challenges. Some companies, in fact, were able to benefit competitively during the last economic downturn.

In a recent study conducted by Harvard Business Review, all U.S. public companies with greater than $50 million in annual sales were studied during the last four downturns – including not only recessions, but also periods of substantially slowing growth. Results indicated nearly three-quarters of those companies experienced a decline in revenue growth. However, 14 percent of companies were able to not only accelerate growth, but also increase profitability.

The companies that weather downturns successfully shared the following characteristics:

If history repeats itself, which it tends to do, many companies will prepare too little, too late, and too defensively. In an effort to prepare, I asked several self storage industry experts what does the next economic downturn look like, what do operators need to be aware of and how are they managing risk this time around?

In 2005 and 2006, we sold our existing self storage portfolio. 2008 presented some of the most challenging times in our company’s history. We never want to go through those painful learning lessons again.

Since then, we’ve been actively developing properties. If you look at the curve of expansion and recessions over the last 20 to 30 years, it seems we are hitting another peak period.

Yes, there’s a lot of liquidity and cash in the industry right now. We’re seeing macro growth in our economy and double-digit rent growth the last three to five years in our industry. People are building based on these projections. The riskiest years though, are three years post development for self storage, and 2018 was a record year.

Additionally, we have an election year approaching. How will this impact the economy overall?

Our industry is already seeing softness in submarkets and new supply has put a lot of pressure on existing operators. This business, our business, is needs-based. It’s very challenging to create self storage demand. Our company experienced this predicament first-hand during the last recession.

Where there is now oversupply, the challenge will be owners and investors now need to leverage third-party operators. If they don’t, then what? Owners will have two options; capital is patient to wait or they have to sell. I suppose it depends on who’s capital it is and what’s the real risk. Where will the property’s value be in three to five years with cap rates, construction costs and political climate? Some capital is termed, setup on the timing of the fund. Our capital is with friends and family money, not private equity.

During the next economic downturn, we see ourselves as prepared to withstand a recession as best as possible.

Before forming Snapbox, I was managing director of Colliers International in Valuation & Advisory Services. I have appraised self storage properties throughout the U.S., and I’ve seen a lot of interesting things happen since 2006.

In 2013, my partner and I formed Snapbox Self Storage. We have been actively acquiring properties throughout the U.S., operating in the states of Pennsylvania, Maryland, New Jersey, Indiana, Mississippi, Arkansas, Florida and Washington.

Demand right now for getting self storage developers to work on projects is higher than who’s available to take on the work.

Pricing and material delays can extend the development term. We recently began our first conversion project in New Jersey, and it took two years just to get zoning, let alone to receive bids and then build-out. Therefore, we focus primarily in acquisitions.

Our philosophy is that you need to grow quickly to stay competitive.

One of the main things that we always focus on when looking at new acquisitions, that are pragmatic, is new supply. New supply can really affect existing property values in the short-term. New entrants may use discounting as a way to steer occupancy, especially in a market where supply is greater than demand.

Also, real estate assessors keep assigning higher values to self storage properties as a result of record-high property values. Therefore, real estate taxes have increased faster than design. If revenue (rents) are growing at two to four-percent, this can negatively impact an operator as they cannot pay their investors if costs are out of hand. This further supports the need to have a proper management company (third-party) or management platform that understands how to attract tenants, service customers well, and increase rates over time.

Most of us did not see the severity of the last downturn coming, the GFC (“Great Financial Crisis”), as some have termed it, and very few were really prepared for it. Thankfully, our industry was fairly resilient and there wasn’t as much pain felt as there was in other industries. Hence the reason we have the interest from investors and capital markets we do today.

Having said that, it was still painful. It was especially painful for over-leveraged assets with shorter term maturities. It was painful for some developers that had an out-sized number of assets under development or in lease-up. So, what happened back then? Yes, some developers/owners lost assets. Developers that had outside equity partners were likely squeezed down or possibly cut out of a deal completely. Some recourse loans were called and where that happened, it was surely uncomfortable. Also, operators panicked, causing rents to drop, values to further drop as a result, thus making it more difficult to refinance assets without a capital call. Capital markets completely froze, exacerbating the situation. It was a scary time.

In hindsight, what we realized is that we needed to take a deep breath, not react immediately and remember that we have a product that is needed, when it is needed. During the GFC, our tenant may have turned over or changed slightly, but there was still demand and we recovered fairly quickly as a result.

As a company, Westport was very fortunate. We did not lose any assets and we doubled in size through the downturn with some strategic acquisitions and an influx of third-party managed facilities that we brought on during the downturn. Our good fortune was not over-leveraging assets and making sure we invested in our operating platform to maximize our results.

This time around, what should we look for? Well, we have an extended development cycle, most major metros have and continue to be hit with quite a bit of supply, larger projects are being built which will extend the lease-up time frame, and construction costs are the highest we’ve ever seen.

In addition, rental rate growth is declining when comparing same-store-stabilized assets year-over-year at the same time developers are relying on aggressive assumptions that have to be perfect to manufacture the lowest stabilized returns-on-costs this industry has ever built to.

What should you do? Stay within your box and don’t price a deal to perfection at this stage of the cycle. Make sure your capital stack can weather a blip whether it’s a downturn, new supply or something else not anticipated.

Don’t do a deal just to do a deal. Make sure it has a fair chance of working out!

The good news is, we have the benefit of the GFC history lesson. As an industry, we also have more sophisticated systems in place and a better grasp on information than we did back then, which should assist developers, operators, investors and lenders in making better decisions. This is helping. Although supply is elevated, it seems to have peaked and although rent growth is declining, most feel the floor is 2019 or 2020. Capital is still flowing which will keep cap rates compressed. These compressed cap rates will help those developers that are in over their skiis to only lose part of their shirt as opposed to their whole shirt. Having a lid on supply is key, so be aware of your submarket and what may be lurking around you before you go and build out that facility.

I will not predict the timing and severity of the next recession, but historical patterns suggest it can’t be too far off, so investors should be aware. I think a lot was learned during the last recession and the chances that this next one is nearly as severe are remote; nonetheless, you can’t discount outside factors such as world events, politics, impeachment, etc., which could change the outcome substantially both in terms of timing and severity.

Developers and operators need to be prepared for a rainy day. They need to understand that there is the potential for a perfect storm scenario where overdevelopment in markets could lead to pressure on both rents and occupancies that could present during a recession scenario. Recessions make providers of debt and equity “itchy" and forces them to re-valuate their investments, which could apply unforeseen pressure to developers and operators at an inopportune time.

Developers should be analyzing deals under a stressed scenario to make sure their deals are still sound in a ‘worst case” scenario.

As a matter of practice, this makes sense anyway but with a potential storm brewing it is even more important to be disciplined.

Now is the time to develop deep banking relationships. Money is flowing right now and there is not a better time to evaluate options and relationships. Banks pull back during recessions.

Investors with cash-flowing assets that are long-term holders of real estate should absolutely be putting long-term debt in place. A ten-year fixed-rate non-recourse loan at a historically low rate is a great hedging mechanism.

There are a lot of investors sitting on cash waiting for the next downturn and the opportunities that come along with it. For this reason, I think the market for broken deals will be very competitive, and the deals this time around might not be as sweet at the last time around. Equity, debt and the investment community have never been as plugged in to storage as they are today, and market saturation will govern the opportunities. Don’t get me wrong, there will still be deals, but a lot of them will get cut before the deals get too far gone and the banks will not suffer the types of losses they did during that last go-around because the market will react faster.

The SBA is one area that is ripe for correction in my opinion. The mix of (in many cases) inexperienced developer/operators, smaller markets, high leverage, and the lack of sophisticated institutional third-party management creates a scenario that could lead to broken deals.